Slept a bit too well last night and didn’t wake up until nearly 7am, usually by that time I have showered and had breakfast, not that it mattered because there is no rush today. Heading north to Blackall.

Left the caravan park just after 9am and didn’t stop until I reached Augathella (where the writer of the Smiley stories grew up). Stopped there for a coffee and snack at the pub and a bit of a walk about to stretch the legs. The coffee was OK but the scone had seen better days (I suppose it is Sunday) – should have stuck to coffee and raison toast for $6.

Anyway after a decent break set off again. There had been signs warning of cattle droving on the road and so there was.

Arrived in Blackall about 1.30pm found the only caravan park. I have not stayed here before but I guess apart from mining it is famous for being the site of the ‘’Black Stump”. Also had a look of the original pioneer bore which only produced water unsuitable for drinking then came across the current bore which does supply the town water. I have got used to showering in water smelling of sulphur and the water furring up my kettle but whether artesian bore water is drinkable is debatable in my opinion but they seem to have plenty of it because sprinklers were going all over town.

BTW The flies are terrible thank gawd for Aerogard.

Not in any great rush this morning and also not entirely sure where I will stop for the night. Three possibilities: Augathella, Charleville or Morven but it really depends on time or mood.

What a difference a day makes – yesterday it was 31’C today it is 23’C and feels quite chilly. It is not helped by a wind which, while not strong, is definitely moving the trees and grass, can’t say it was very cold but felt cool after the extended Indian Summer we have been having. The sky was as cloudless as ever with no chance of rain.

Didn’t stop in Blackall on the way through, made a short stop in a rest area just to walk about and stretch the legs, the scenery is very dry but beautiful in an Aussie yellow/brown and grey/green way – I just love the vastness of it all. 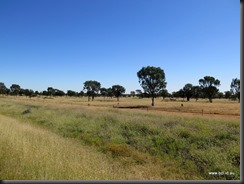 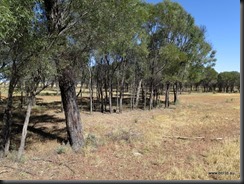 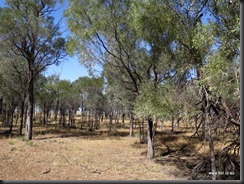 Turned off the highway into Augathella. This is the town where the author of the Smiley stories drew his inspiration. Descendants of the boy that Smiley was based on still live in the area. I have never read any of the books myself but I remember seeing the films as a child. 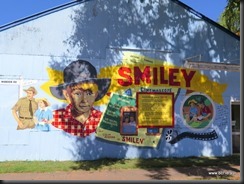 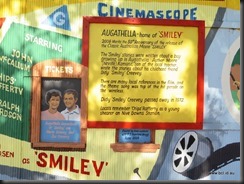 The town also has a footie team called The Meat Ants. 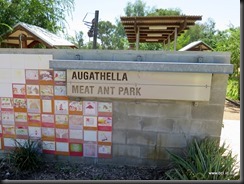 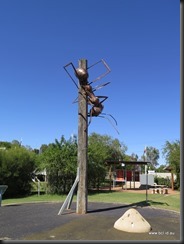 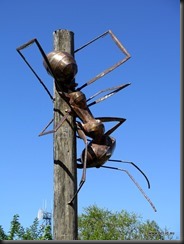 I spent a little while looking around after having coffee in the Smiley Cafe (part of the pub really). 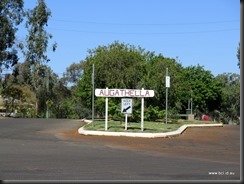 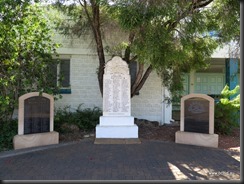 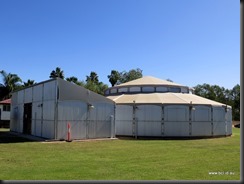 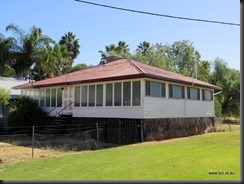 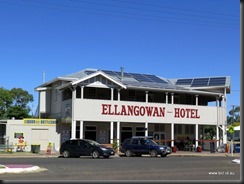 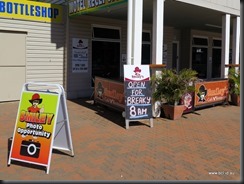 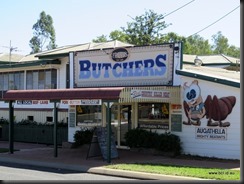 Made the decision to drive on to Charleville and stay a couple of nights there. So I continued on the extra 70km or so to a caravan park near the edge of town and made some plans for tomorrow.

A road train video for your amusement: