Cold again this morning (of course), had a shower at 6.30am; the good thing about a roadhouse as a caravan park is that they are open at ridiculously early hours (if they are not open 24hrs) so I was able to buy ice and milk straight away. Once this had been done I got back in the camper to watch an episode of Cold Feet to allow the morning to warm up a bit before I started to dismantle my ‘camp’.

Left Camooweal before 9am even with my late start, easy drive to Mount Isa where I only stopped to fill up with fuel. Didn’t visit the city centre because it is only a year since I spent several days here. 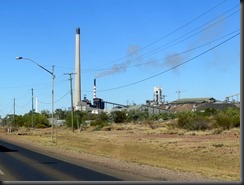 Continued on to Cloncurry and found a caravan park on the highway about 1km from the town centre – I checked in and unhitched the camper. 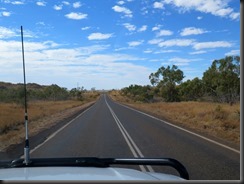 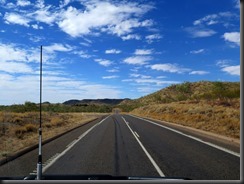 Went back to the shopping centre and discovered they have a Woollies; so stocked up with some fruit, cheese, nuts and other bits and pieces before looking round the town. 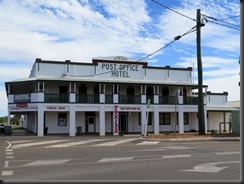 Apart from an art deco civic centre and some typical country pubs there was a museum to the Royal Flying Doctor Service which they claim was started in Cloncurry by John Flynn. Not a particularly big museum but it had his car, a quarter scale model of his plane,”The Victory” and various examples of bush radios including pedal powered ones. The RFDS started off as the Australian Inland Mission so there are obvious religious overtones. The museum was only open until 3pm and I arrived at 2.30pm (it’s Saturday) but I had enough time to see everything. 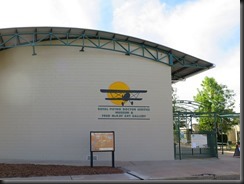 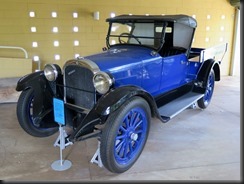 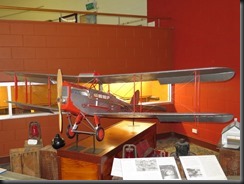 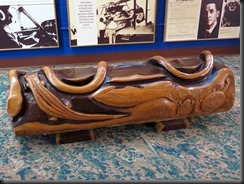 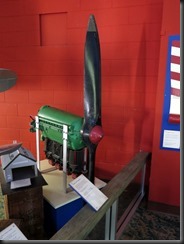 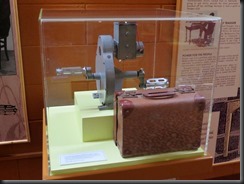 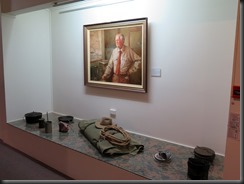 It was bitterly cold this morning; only 9’C in my camper according to the gauge – there was some delay while I plucked up the courage to get out of my snug bed. By the time I showered, ate my cereal and had my coffee my hands were frozen and I had to dig about in the back of the car for my warmest jacket. Because it was so cold I was off pretty early – in fact before 8am, by far the earliest to date I think.

As I drove along the Barkly Highway I found myself reflecting on how much I enjoy looking at the Australian bush to the point of almost Dorothea MacKellarishness (though less poetic).

A lot more traffic on the Barkly Highway of course – ‘a lot’ being a relative term meaning that I had to overtake about five caravans and a couple of road trains and saw a couple of dozen vehicles passing in the opposite direction.

The head wind of the past few days is playing havoc with my fuel consumption. It is a very cool wind too, coming from the south east, I wear my light jacket even in the mid afternoon.

Today my journey crossed into Queensland from the NT and a different time zone so I was able to take a picture of the border from the NT with my car half an hour ahead of me in Queensland.

Fortunately this time difference also meant that I didn’t arrive at the caravan park at quite such an absurd time of the morning than would have otherwise been the case.

Now I am back in familiar territory I am consciously trying to stay at towns and roadhouses I have not stopped at before because often in Australia there is only one road between distant places and the tendency is to stay at the same places. Camooweal is one of those little border towns half way between Mt Isa and the Stuart Highway where you need to stop for fuel and not much else though it does have a fair sized pub and two caravan parks. 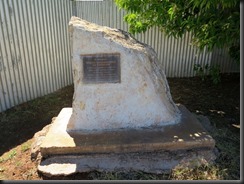 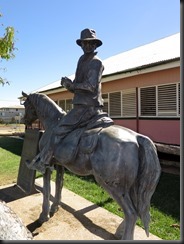 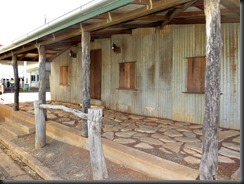