Left home at 8.30am. Drove through the hell that is Sydney traffic between the M7 and the Newcastle Freeway. Eventually arriving in Muswellbrook about 1pm. 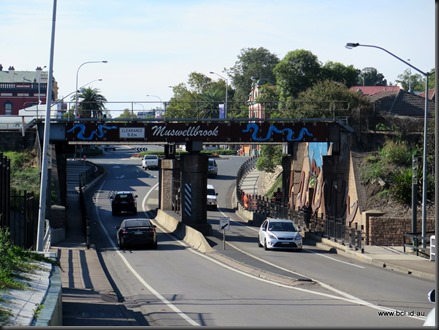 This is very much coal country, Passed the Liddel and Bayswater Power Stations (when Tallawarra closed I was offered a job at the latter). If I hadn’t been so tired I would have driven a bit further on.

Anyway found the Riverside Caravan Park and booked in. 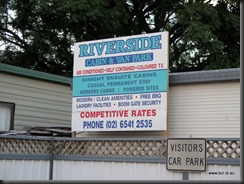 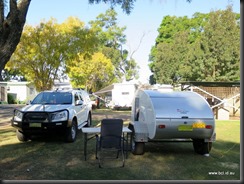 Cheap enough – $15 for a powered site. Riverside is a bit of a stretch, while it is on the banks of the Hunter River those banks are about 20 metres straight down. I don’t think it really caters for the passing tourist trade but more providing cabins for the local mine workers. I think there are only about four caravan sites. 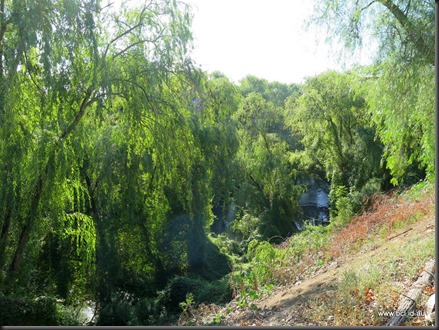 The railway line runs close by so it might be noisy tonight.

I bought fuel after setting up then went for a walk to stretch my legs. There is a Chinese restaurant, two pubs and the Workers Club a short walk away. So I won’t go hungry.

At dusk I was having a cup of tea when I saw hundreds of birds flying nearby, I thought it was strange to see birds flying as it got dark so I had a closer look. It was hundreds of bats getting ready to look for food. 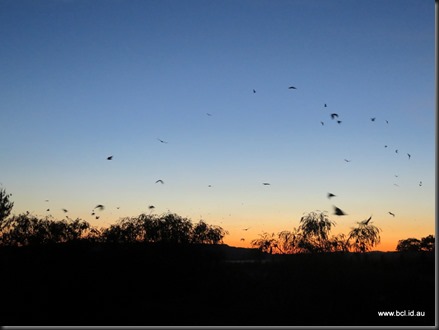 Went to the club for dinner to try their $12 Schnitzel special – it was ok. 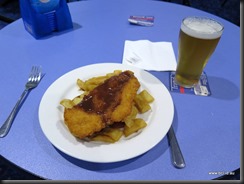 Don’t worry I am not going to be posting pictures of everything I eat!