With only about 140km to travel to reach Undara today there was definitely no rush. The only fly in the ointment was the intermittent closure of the bridge but even that seemed unlikely.

Once again the road was a mixture of single and two lane carriageway with no particular problems until I caught up with two identical caravans who at stayed in Georgetown overnight next to me, the first one I passed with no problem but his mate suddenly sped up at every passing opportunity to block me from getting past. When I eventually did get past he tailgated me for a few km before dropping back to his original speed of about 80 to 90kph. Unbelievable!

When I arrived at Undara it was too early to check in (their checkout time is later than normal at 10.30am) so I made use of their free coffee and wandered around the site and read up on the lava tubes. Actually only had to wait about 25 minutes but finally was given my site and I also paid for tomorrow’s tour that I had booked over the phone.

Once I was settled in I went for a drive to Kalkani Crater a trip I couldn’t do when I was here 5 years ago in my little car. At that time the road was in an appalling state and I was forced to turn back, ironically that car would have easily coped with it today because the road must have been recently graded because it was as smooth as.

The crater looks more impressive from the air so I will include an on line photo here (see above). I climbed the path to the crater rim and looked inside it was just a bowl filled with normal bush vegetation. I took some photos but frankly you can hardly see that it is a crater. Walked around the rim for a while but it didn’t get more exciting so strolled back down to the car park. 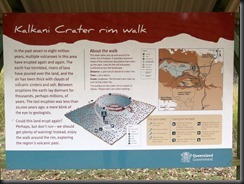 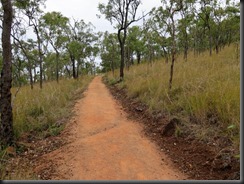 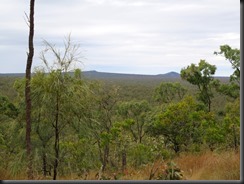 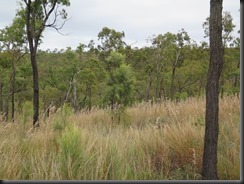 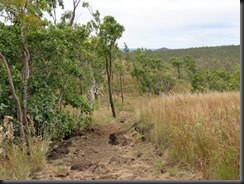 Returned to the Undara Caravan Park had another coffee and then took the Atkinson’s Lookout Walk it is only about a 4 km round trip but over rocky terrain so takes about an hour an a half. There must have been bushfires through the area recently (or burning off) because quite large swathes were blackened however in places regrowth had just started. 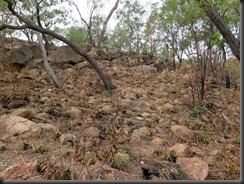 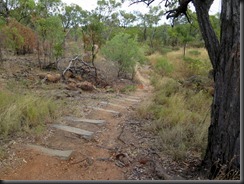 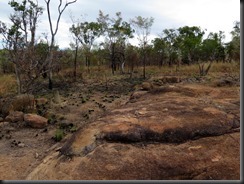 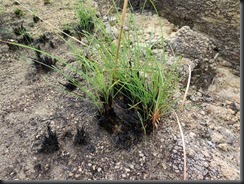 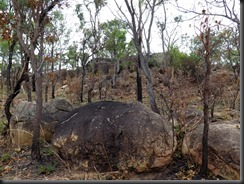 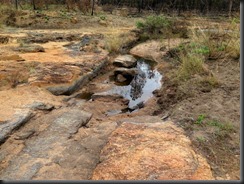 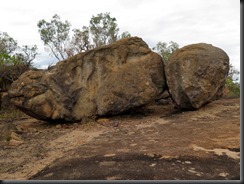 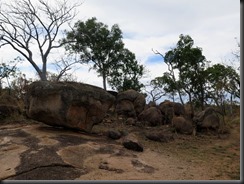 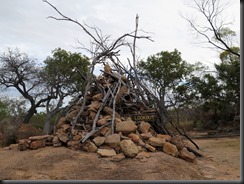 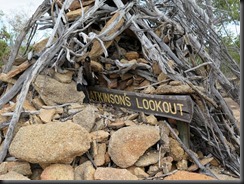 It was getting to late afternoon by now and I decided to have dinner in the bistro so I booked (you have to) then went for a shower.

Went to the bistro a bit early so I could have a beer first, by the time I was ready for my second beer (bottled only) it was time to order the meal. Spoilt for choice I fell back on my old favourite beer battered fish, even managed to refuse the salad or veggies. It was ready surprisingly quickly and I ate it in one of the old railway carriages (they’re not that old I travelled in them in the mid/late 60s – the fine for pulling the communication cord was in dollars). 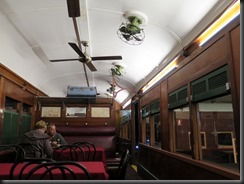