Spent a part of the morning letting the air out of the tyres for a more comfortable ride – should have done it in Tibooburra but the first two thirds of the road were fine it was only the last bit where the corrugations were really bad.

We set off in convoy at about 8.30am  and made good progress the rough sections of the road were much better handled  with the lowered tyre pressure though I would hesitate to say “good”.

We arrived at Tibooburra at about 10am. We pumped up our tyres to normal pressures because we were back n bitumen and filled up with fuel. We rang the caravan parks in Broken Hill but they were fully booked for tonight so decided to press on and checkout free camps spots on the way.

It was sealed road again, a section of the road was an emergency airstrip so it was quite odd driving down this massive strip of bitumen in the middle of nowhere. 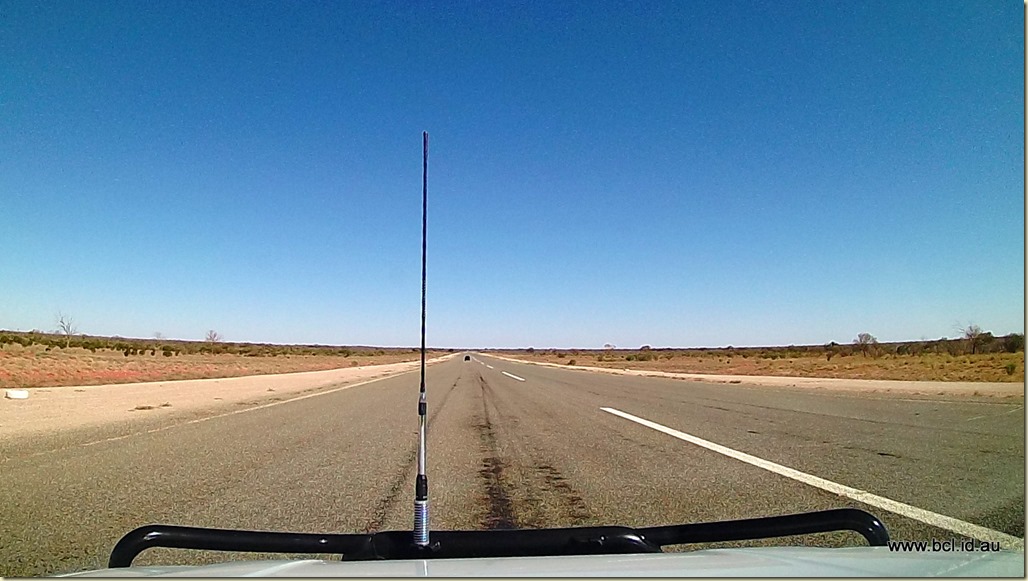 The rest of the road was more familiar.

Arrived at Packsaddle Roadhouse just in time for lunch, They had a sign “Unpowered camps sites – Free”,  with a supplementary sign offering showers for $5, so that was it, here we would stay for the night only about 170 km from Broken Hill where we were booked for the following three nights.

The camp area was just dirt but there was plenty of it so we set up a nice camp, and spent the afternoon chatting once it was dark we wondered over to the Roadhouse for a meal and a couple of beers. 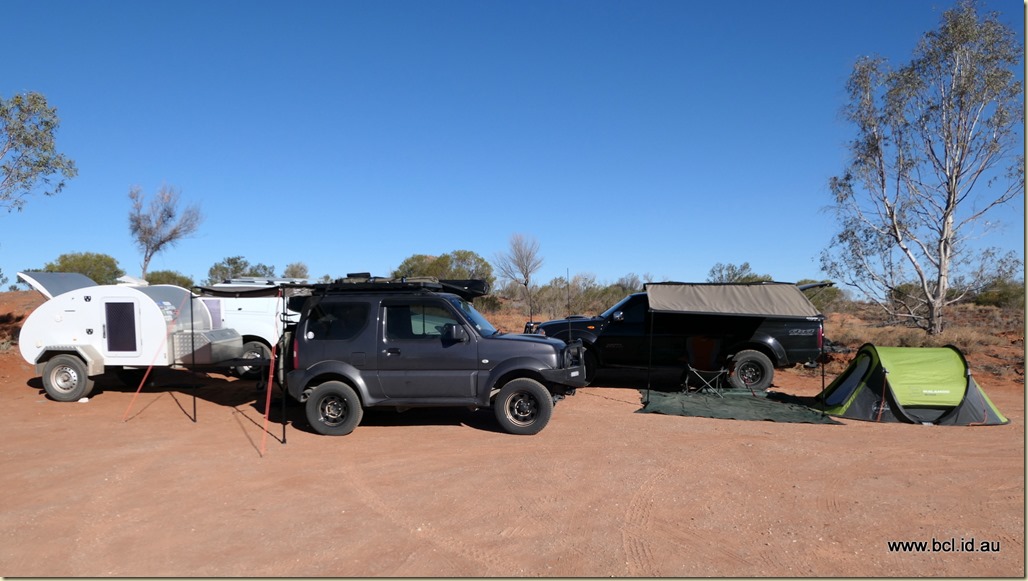 The sky was absolutely amazing, with no light pollution the sky was a mass of stars after a golden sunset (watched from the veranda of the pub). The Packsaddle Roadhouse was great, friendly staff, good service, well worth supporting.

The purpose of our trip had been realised now it was just a question of what we would see next.

The best day of the trip without a doubt and the reason for taking the whole trip, certainly something I had wanted to do for a very long time.

Set off from Tibooburra at about 8.30am after the kids refuelled their cars.

The dirt road started almost as soon as we turned off the highway to the track to Camerons Corner.

The sign told us that the road was open I would guess that for the first 80km we were able to travel at 80 to 100kph the road condition was pretty good there were some corrugations and gullies that required a much slower speed but generally we made very good progress. The road was a mixture of dust, gravel and rocks., with a few washouts. 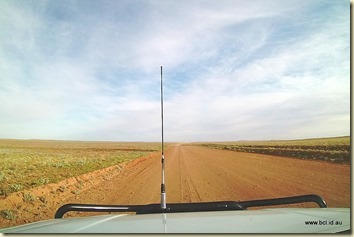 We travelled several hundred metres apart because the cars kicked up a tremendous cloud of dust but used the UHF radios to warn of hazards including the occasional on coming vehicle.

The last quarter of the journey was a different matter the road was in much poorer conditions with many corrugated sections and a lot of sections with a moderate depth of dust. This required much slower speeds in fact the last 20km of road had a 60kph speed limit, though that was about as fast as you could go anyway.

It was therefore possible to stand so that one half your body was half an hour away from the other half.

That evening there was the most beautiful sunset which we watched from the plinth.

Woke up this morning to a heavy fog. We all started packing away fairly early and were on the road by 9am. The fog and clouds slowly burned off as we went north. 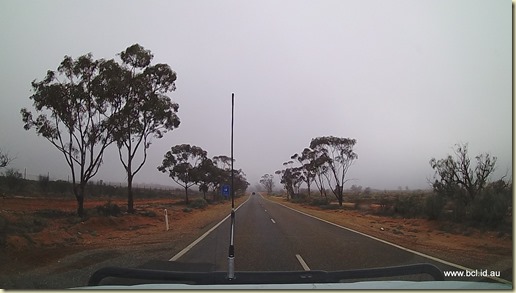 After the flat country further south the first part of the road to Tibooburra was relatively hilly and the road surprisingly twisty. The further north we drove the more arid the scenery. 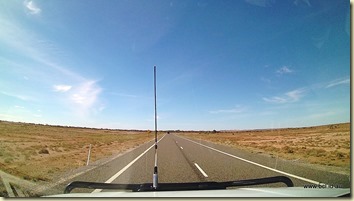 We stopped at Packsaddle for fuel and a meal before continuing north. The road to Tibooburra is now bitumen for its entire distance.

Tibooburra is a very small town with a population of about 134, everything seems to be run from the General Store/Post Office/Service station. We arrived at the service station to check in to the caravan park and tried to book two powered  sites for us but were told that three cars is three sites so rather than book powered sites booked three unpowered sites for $20 each.

After setting up our camp I filled up with fuel but the kids decided to wait for the morning.

At least the road is open which bodes well for tomorrow.