The road from Warialda to Texas must be one of the worst in the state. It wasn’t that it was potholed or broken up it was just bumpy. I have driven on better dirt roads.

I am now in Foreign Parts. 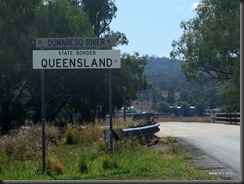 Didn’t stop in Texas it is not that long since I stayed here. >>Click here for more about Texas<<    >>And Here<< 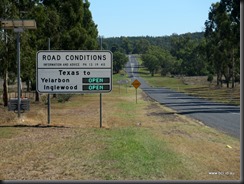 I did stop at Inglewood for a break, a steak and kidney pie and a coffee at the bakery. The coffee was made in a machine but was surprisingly good. The machine ground the beans and treated the milk (not powdered) to produce a very respectable, hot cup of coffee with little waiting. Another job lost to automation. 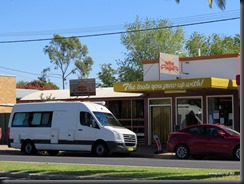 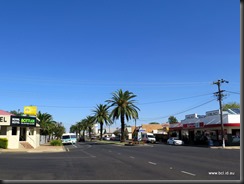 The road improved but one of the problems of using back roads rather than the main highways is the lack of rest areas. The next stop was a small town called Cecil Plains only about 50km from Dalby. 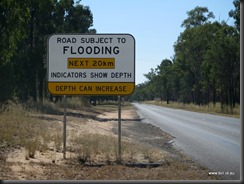 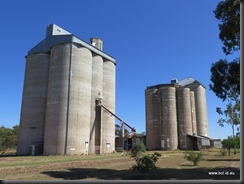 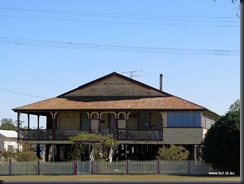 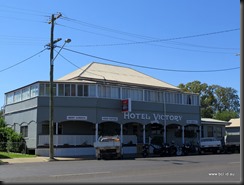 Cotton harvesting seemed in full swing with massive bales waiting to be transported. Sometimes the road verges appear white with cotton but perhaps the bales are better because there was a lot less waste than I have seen on previous trips. 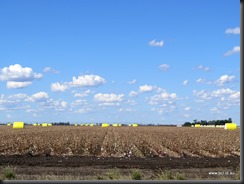 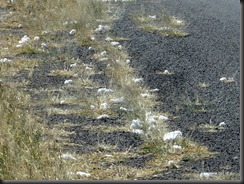 Dalby was unfortunately a bit of a nightmare with major roadworks happening along the length of the town. I got fuel on the way because the idea of driving back did not appeal to me. Funnily enough it was the cheapest fuel of the trip.

The caravan park was on off the main road but still affected by these roadworks – I am not kidding, the roadworks went for kms and affected the whole town. I suspect they will be great when they are finished but a major bottleneck at the moment. 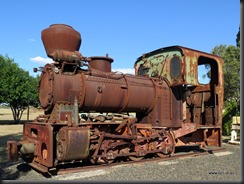 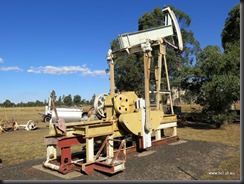 The landscape is dominated by silos of all shapes and sizes. 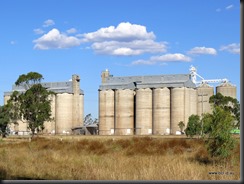 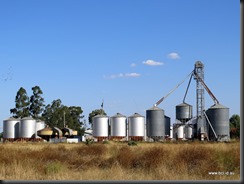 Stopped in Tamworth for food and a toilet break! Maccas was the only place open. 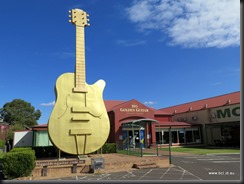 Then in Manilla to watch two up in the main street – unfortunately I forgot to take photos. Tried to do the same in Barraba and Bingara but they had detours in place which took me too far out to walk back. Every little town and settlement had some event at the local club or war memorial as I drove past.

At Warialda the council run caravan park was on the highway so easy to find. There was no office just a number to ring; I was told to pick a site and he would be along early evening. Small caravan park but plenty of room. 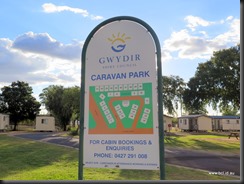 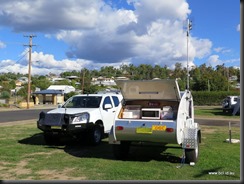 Found the local IGA was open and nearby bought fuel then drove around town but while it looked a nice enough town there was nothing outstanding about it. 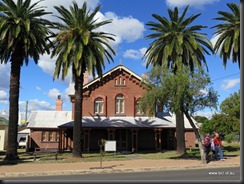 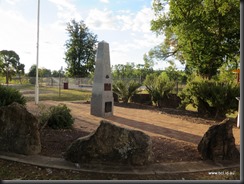 Next door to the caravan park is the sports ground. I presume the local footie team is called the ‘Wombats’ (well, I think it is a wombat) 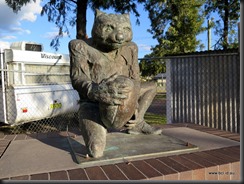