The journey to Wyndham was through a series of interesting ranges and winding passes. 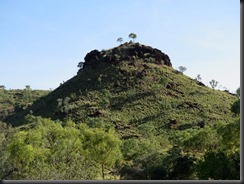 Just outside Wyndham is an area called The Grotto which is a hole in the ground with very dodgy looking stairs. 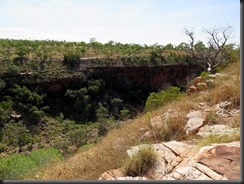 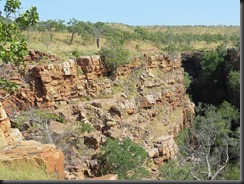 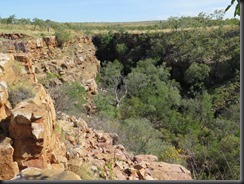 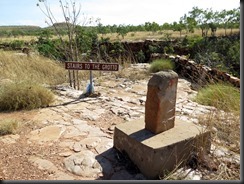 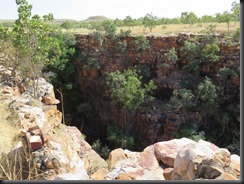 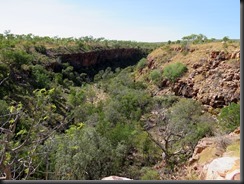 Wyndham has a Big Croc… 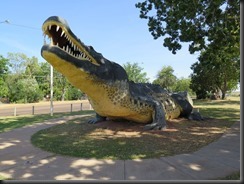 I did want to go to the Five Rivers Lookout BUT there was a sign which said, “No Caravans” so that was that.

Kununurra is only 70km from Wyndham so it was an easy drive. Found a caravan park right in the centre of town where I booked in for a few nights and also booked a cruise on Lake Argyle for tomorrow arvo. There is a dinner cruise on Lake Kununurra but I think I have eaten enough Barramundi for a while.

After setting up my camp including my gazebo and doing my laundry I went for a drive. First stop the Kellys Knob Lookout with its views over town. 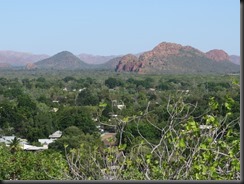 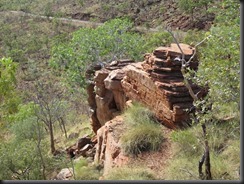 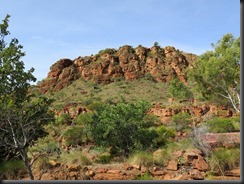 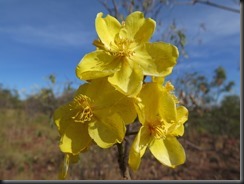 Then it was down to Celebrity Park and Lake Kununurra. 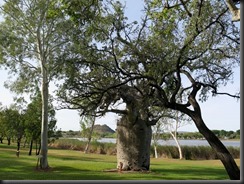 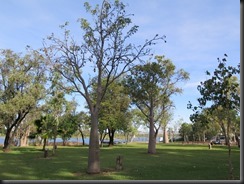 Lake Argyle and Lake Kununurra are part of the failed Ord River scheme. I have read the signs but still have only the vaguest notion of why the scheme needed two separate dams so you will have to Google it.

When the sun went down I was feeling pretty hungry so I wandered into the town centre looking for a restaurant and eventually found an Asian one opposite a Subway when I had almost given up. The meal wasn’t bad at all but I think I need to do better preparation in future; wandering about in strange towns is not the best way to find a feed.

Kununurra is only about 40km from the WA/NT border. The next town is Katherine on the Stuart Highway 500km and a time zone away. 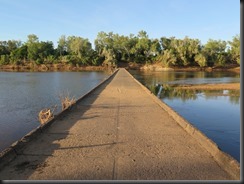 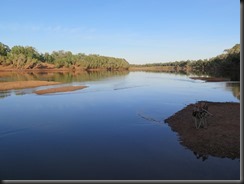