Was out early buying fuel for the journey to Fitzroy Crossing and was on the road by 7.45am.

Easy drive to Fitzroy Crossing  where I arrived about 11am. Found a Caravan Park right next to the IGA store, Checked in and the lady told me that there was a boat tour at the Geikie Gorge at 4pm.

The Geikie Gorge is only just over 20km from town and that sounded a good idea so at about 1pm I took off for the Geikie Gorge National Park. Of course I arrived in plenty of time for the boat trip, originally I had intended to suss it out and return later but there were a number of walks at the park so I decided to try out a couple – I was carrying plenty of water in the car.

History: Geikie Gorge is a reef from the Devonian Period (250 million years ago?) when the area was a sea. As I understand it it is limestone from a combination of algae and coral.

Anyway my first walk was in among the reef formations. BTW this is a story where too many rocks are just not enough. 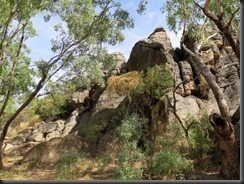 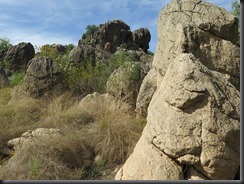 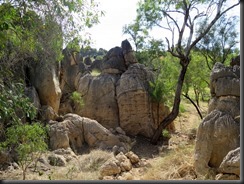 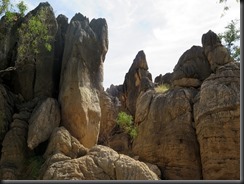 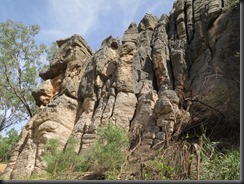 Then it was a walk along the side of the Fitzroy River to the sandbar and the Margaret River. (In case you haven’t working it out yet Fitzroy Crossing is so named because it was a place early settlers could get across the Fitzroy River). 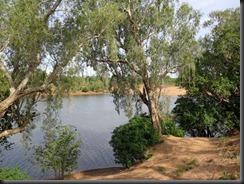 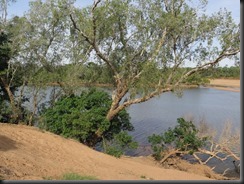 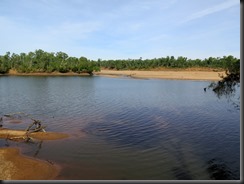 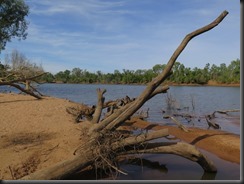 These were not arduous walks being about a kilometre or so each but the path was mainly soft sand (silt from the river flood) which made it hard going. They were well marked.

Suddenly it was time for the boat trip… 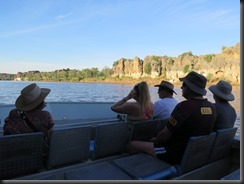 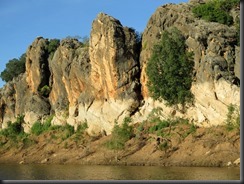 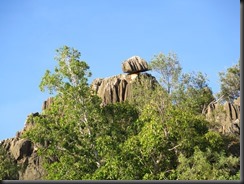 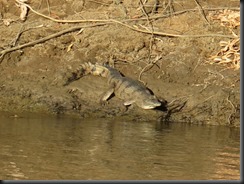 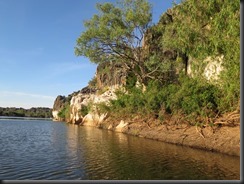 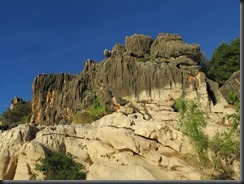 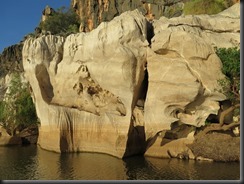 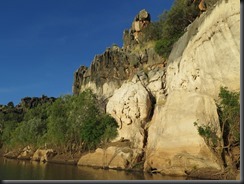 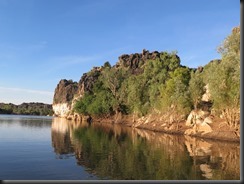 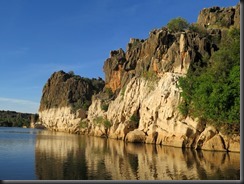 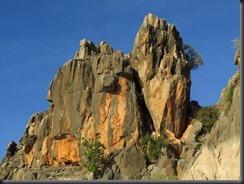 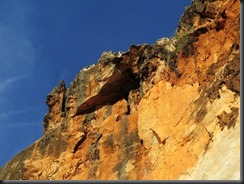 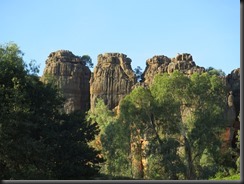 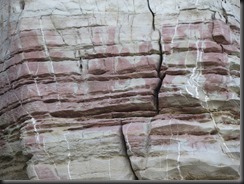 These are birds nests made of mud and saliva stuck to the underside of overhanging rocks. 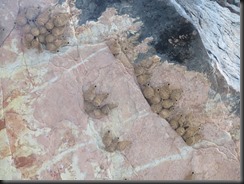 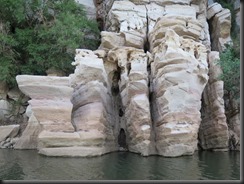 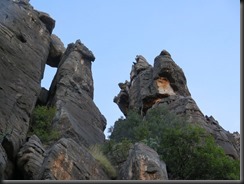 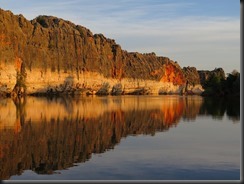 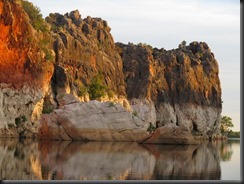 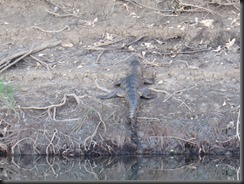 The dark areas of the rocks are oxidised limestone while the light areas show where the river comes to at its peak. The limestone is eroded and scoured by the river. The ranger’s pagoda roof has been under 2 metres of water and it is not an insubstantial structure perhaps 5 metres high and many metres above the current water level.

The crocs are Freshwater Crocodiles much smaller and less threatening than the Salties further north, the river is quite safe to swim in they don’t attack humans.

This rock island is sacred to the local aborigines and is the only place where swimming is not allowed.

The boat trip finished just as the sun set so the drive back to town was at my least favourite time of day (for driving). As it happened I had to stop several times for wallabies with all the road sense of a two year old but I didn’t hit anything and got back safely.

I decided I didn’t want to cook so I went looking for a restaurant… Nope! the only food was at the servo but I really wanted a meal so I just bought fuel for tomorrow.