The caravan park office doesn’t open until 9am so walked down to the local ‘Supermarket’. It is one of these country stores that sells fuel, burgers, milk, bait, tools and just about anything including ice which was what I wanted.

At one point was held up for 20 minutes where they were resurfacing the road by covering it with tar then pouring small stones on top and following this up with modern equivalent of a team of steam rollers.

Stopped for a while at Croydon basically because it is the only town between Normanton and Georgetown where I will stop tonight. It was the third largest town in Queensland during its gold rush but it’s glory days are behind it and now it is just another pleasant, small, outback town. 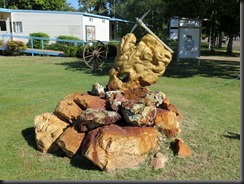 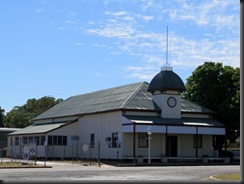 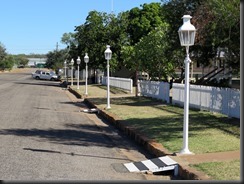 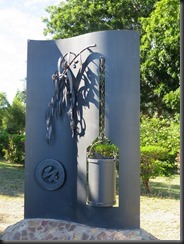 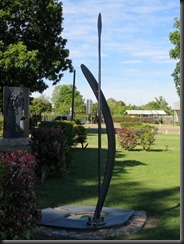 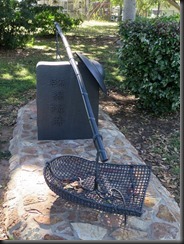 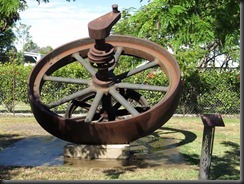 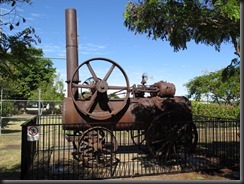 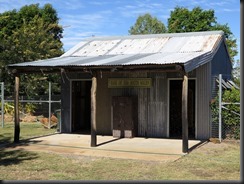 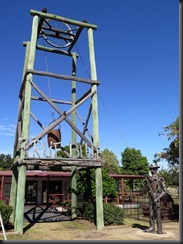 From Croydon the road was a mix of single and two lanes of varying quality but nothing to slow down for (except the occasional single lane bridge). Georgetown is not a big place, you can stroll from one end of town to the other in a few minutes. 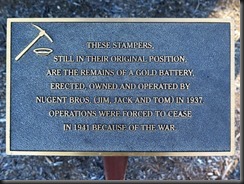 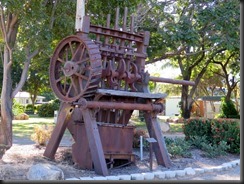 As I neared Georgetown I saw one of those big solar battery powered signs which said something about the Etheridge River Bridge being closed on the 13th and 14th June however it was not clear. I enquired at the caravan park to be told it was possibly being closed between 9am and 5pm each day so at the worst I have to be out of here before 9am. However when I went for a walk the traffic controllers unloading their gear at the bridge told me it was not being totally closed. It is the only route east.

Am not particularly worried because it is a rare occasion that I am not on the move before 9am. Notice why this is called the ‘dry’ season?

By about 5pm I was starving so I had the $10 special of Chicken Burger and Chips – not bad once I removed the beetroot.