It had been my intention to stay at Narromine tonight but as I drove it was obvious that I was going to arrive far too early – ie before noon – so I decided to press on an extra 55km to Peak Hill.

Nevertire is somewhere I never tire of stopping just to stretch my legs (and photograph the sign). 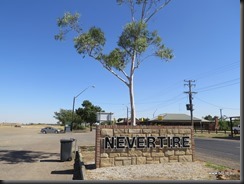 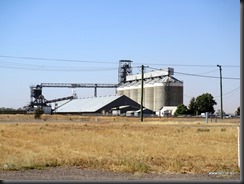 According to BOM the temperature in Peak Hill is going to be 40’C but as I drove not only did the temperature rise but also did the wind. It was a hot dry wind, I doubt the humidity was over 15% but the wind didn’t relent once. where ever there was a bare paddock there was a dust cloud visible for miles. I drove with my sidelights on the whole way. I am hoping that as the wind was behind me it resulted in better fuel consumption. 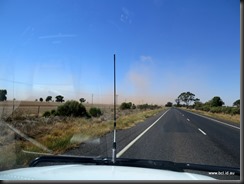 Peak Hills was hot… After checking in – when I was given a handout of local attractions – my set up was very quick because the park even provided a TV connector. The site was shady but it was the wind that was hot so the shade didn’t provide much relief; anyway it was time to look around. 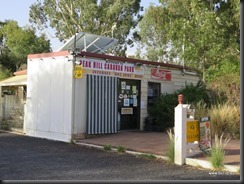 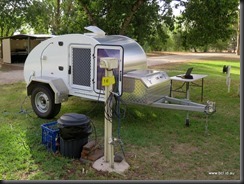 Another day, another gold mine…

The first port of call had to be the Peak Hill Gold Experience only a couple of blocks from the caravan park. 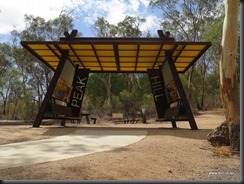 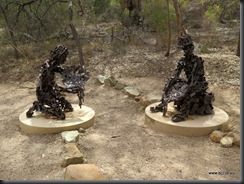 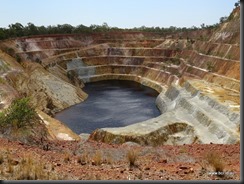 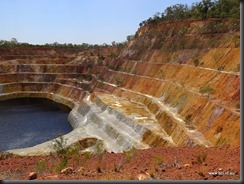 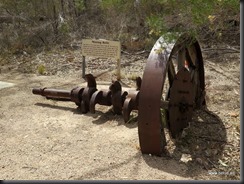 Then I drove out to the Bogan River Weir a few kms out of town. 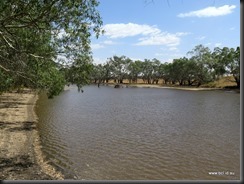 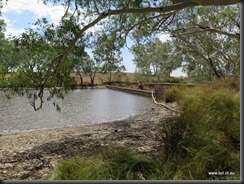 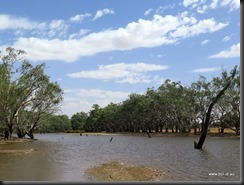 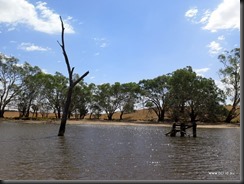 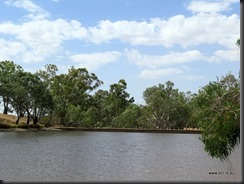 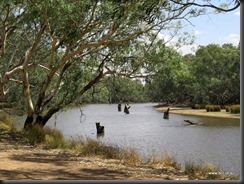 I had a look at the local attractions including St Josephs Church designed and built by its first priest. 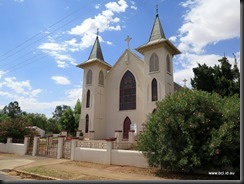 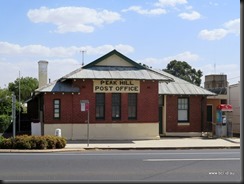 By now the day had reached its predicted 40’C so it was time to seek air conditioned comfort and where better than the local Ex Services Club where I spent an enjoyable  couple of hours. I decided against waiting there until the dining room opened at 6pm as there was the danger that by then I would be incapable of ordering a meal so I returned to the caravan park to start writing this (and recharge my phone). 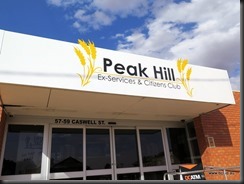 The meal at the club was not bad I had a Char Kuey Teow, if I had a complaint it was that it wasn’t spicy enough.