Every night/morning is a little warmer than the previous (since the big chill).last night I had to throw off the summer doona and ditch the hot water bottle.

This morning was a very relaxed leaving, not that far to travel today so packing up was done in small bites, ie picked up and packed away mat, had some toast, put away TY aerial, had cup of tea etc – didn’t leave until 9am. Looked like being another perfect day.

Coonamble was the only hold up – there must have been a very important person being buried because the town was at a standstill as the funeral procession went through, even the police were involved. I say a hold up but it was probably less than 15 minutes delay I have been held up longer for road works.

Gilgandra was reached just before 1pm after only one 20 minute stop to stretch my legs. The caravan park I had decided on was on the entry to town and only $25, small place but seems OK.

After setting up drove into town  for a look around and buy fuel. About the only thing that Gilgandra is well known for is the Coo-ee March of 1915 (that is probably a disservice to the town but that is all I know about the town).

At the beginning of the First World War about 20 local lads decided to walk to Sydney to enlist in the army. On the way they picked up recruits from the towns  they passed on the way. By the time they reached Sydney they were 300 strong – this is also known as the Gilgandra Snowball. Gilgandra has a statue in the main street commemorating this event. 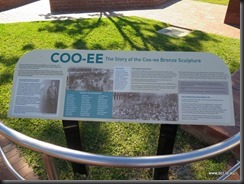 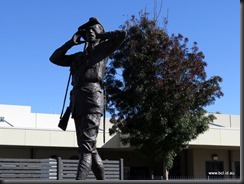 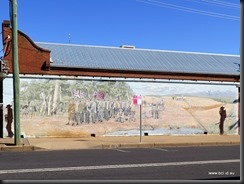 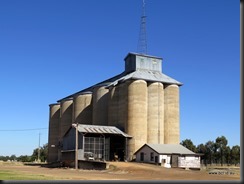 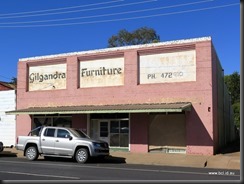 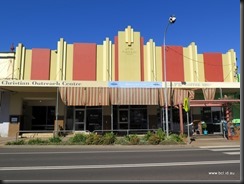 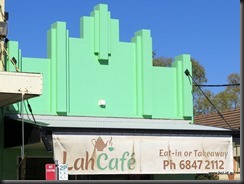 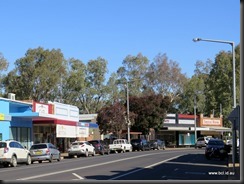 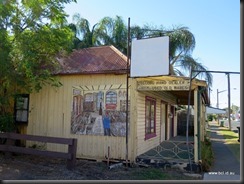 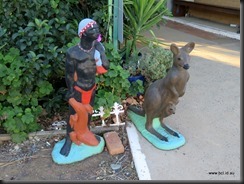 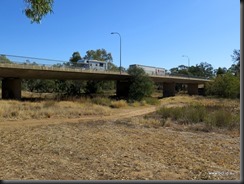 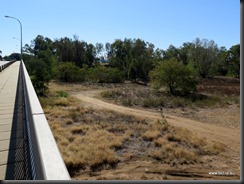 This trip is winding down, tomorrow is likely to be the last stop when I will be staying at Cowra.