The weather was forecast to be showery and so it was but only brief showers of a few minutes interspersed with sunshine. 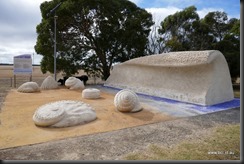 Drove the 25km to Port MacDonnell (the southernmost town in South Australia) and paid a visit to the Tourist information office which was also the local library and Maritime Museum.

Opposite were some large murals. 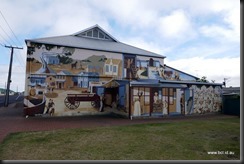 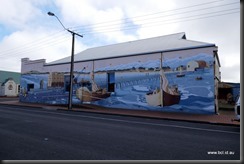 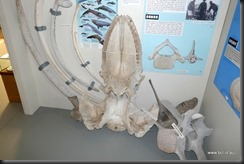 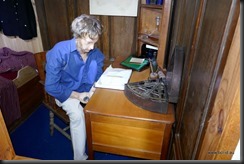 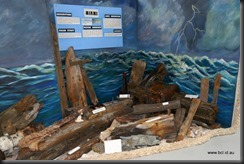 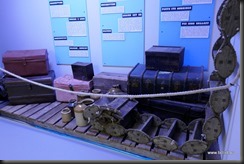 Next door to the museum was the old Customs House with a German WWII mine in the courtyard – the Germans mined the sea route from Adelaide to Melbourne. 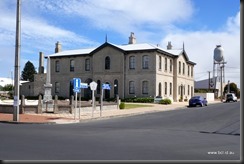 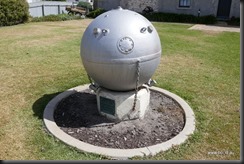 Next visit was to the site of the old lighthouse with its spectacular coastal views. 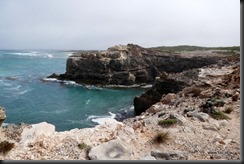 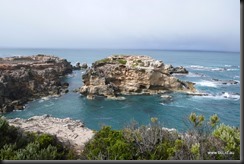 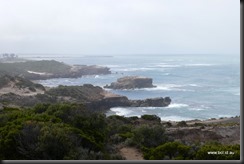 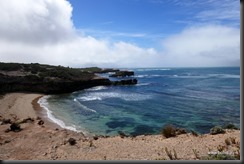 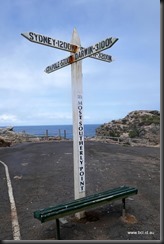 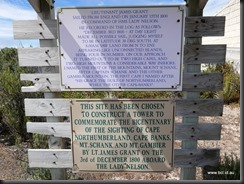 Had intended to drive along the coast but the road suddenly ended and the sat nav showed the route via Mount Gambier which seemed a bit of a waste of time.

Stopped at Mount Schank one of the many local extinct volcanos, there was a path to the rim. It was pretty steep but the views made it worth the effort. 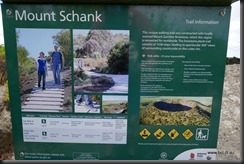 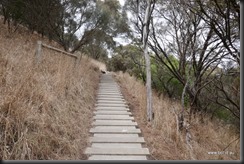 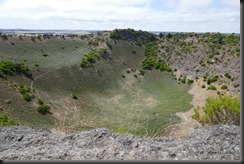 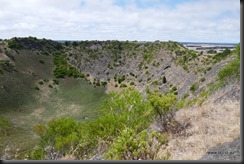 Funny thing was that the sound of a herd of cows a few kms away sounded as if it was next door. 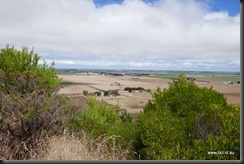 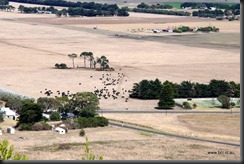 Returned to the caravan park after topping up with fuel and doing a bit of shopping.