Woke up just before dawn so I watched the sun come up before I had a shower. Today I intend a fairly long drive to Quilpie taking in Windorah on the way, there is a more direct route to Quilpie partly using an unsealed road but there was something in Windorah I wanted to see.

I am still surprised how much water there is, some of the countryside is very green. 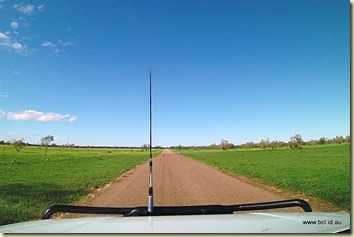 The visit to Windorah was to see the Solar Plant which uses mirrors to concentrate the heat of the sun to produce power. I had intended to buy food but the local shop didn’t really have much. Windorah was, perhaps slightly bigger than Stonehenge but not by much. 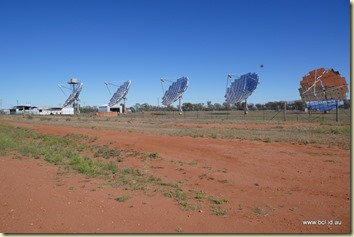 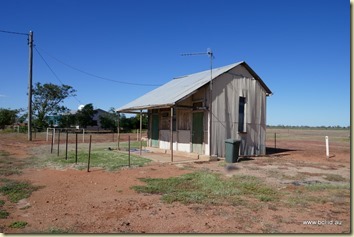 Then it was on to Quilpie. The road was mostly single lane with some wider sections for overtaking though personally I wasn’t stuck behind anything and only passed a few vehicles going the other way.

A widened section of the road was an emergency airstrip. I have come across these before they are always a long way from town (which usually have their own airstrip) I presume they are to serve the local farms.

After arriving at Quilpie and going through the usual business of finding a caravan park, (the girl in the information office told me that there are two) I drove a few kms out of town to Baldy Top Lookout, didn’t actually climb to the top might save that for tomorrow. 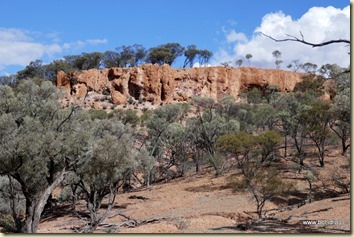 At the local airstrip is a memorial to Amy Johnson who landed at Quilpie during her 1930 attempt to break Bert Hinkler’s record time flying from London to Australia. She didn’t beat his record but became the first solo female flyer to make the trip. 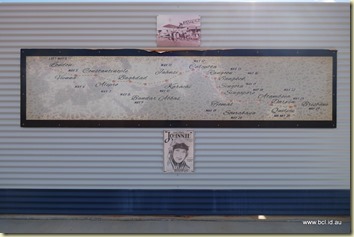