Left Murrurundi at about 9am driving north on the New England Highway to Tamworth then on to Armadale.

Stopped at Uralla to look at the grave of Captain Thunderbolt the bushranger who was shot nearby in 1870. 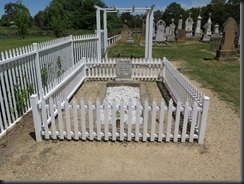 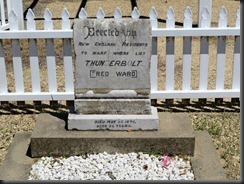 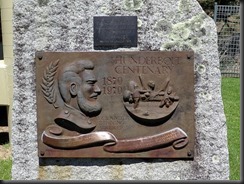 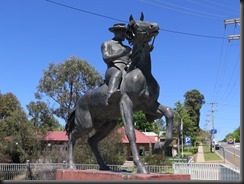 At Armadale followed the B78 to Grafton a narrow and winding road but less traffic than the appalling and equally winding Gwydir Highway. There is no way you can get anywhere near the 100kph speed limit for (at a guess) half of its length.

Arrived in Grafton and found the caravan park after a couple of wrong turns which involved lengthy detours to get back on track.

Up early… and yes, the sun rises within the ANZAC Badge.

Went for an early morning walk on the Onslow boardwalk along the waterfront. 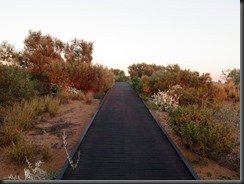 From it you caught glimpses of the two local industries – salt mining and LNG export. 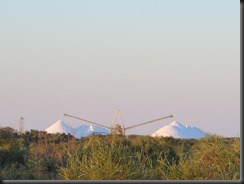 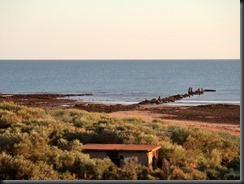 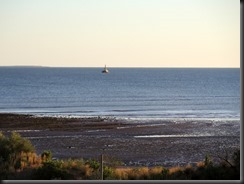 I wanted to see the old town. After a long drive along a dirt road beside the Ashburton River… 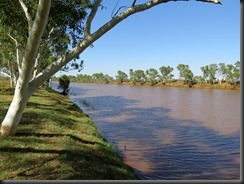 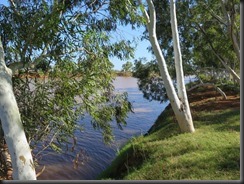 …I got close. Actually I didn’t find any old buildings but there was the town’s cemetery. 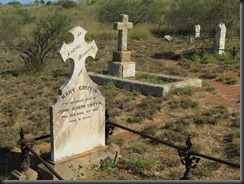 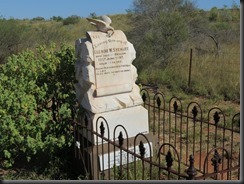 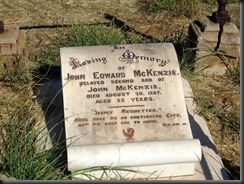 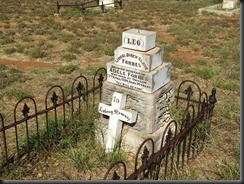 It was amazing how young the people were when they died; mostly in their thirties or forties very few were over fifty, It must have been a hard life a century ago.

On the other hand, when I got back to new Onslow I was pretty hungry so called into the only pub for a meal. 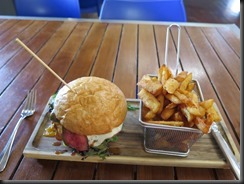 Funny thing, I asked for a schooner of beer but they only sold pints or middies. Never come across that before, silly really because I would have bought two schooners but not two pints (I had to drive to get fuel)

At 9.30pm the power went out so I had to upload this using candle power. (The bit about the power going off is true)