This is a highlight – perhaps the highlight of this journey.

Woken by my alarms at 4.20am, had a shower and was outside the caravan park at just after 5am – as I got there so did the bus. I was the second pick up so some time was spent driving to all the resorts picking up passengers.

We were at the airport before 6am, sorted into our groups (day and half day), told which was our aircraft before being issued with a life jacket and finally allotted a seat on the plane. They are quite tiny, I didn’t count the seats but there was probably only 12 or 15 and you cannot stand up in them.

Flew straight to Talbot Bay where they have quite a set up – there were four seaplanes tied up (including ours) together with a house boat and various pontoons.. 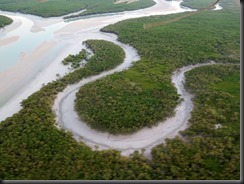 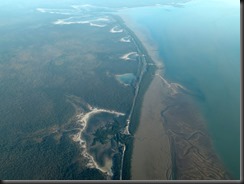 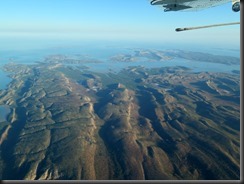 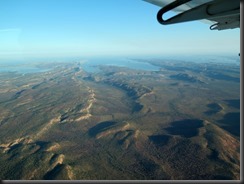 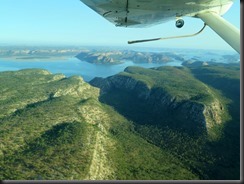 First up they told us a bit about the place then led us down to see the local sharks being fed (Tawny Sharks from memory but there was a Bull Shark skulking among them). Some keen people had a swim in the shark cage – the water was 27’C (like swimming in soup I would imagine) 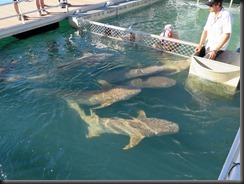 Next it was bacon and eggs for breakfast; we helped ourselves and there was seconds if you wanted it.

These trips are all about the tide, so while we ate some people went on 10 minute helicopter rides for $100 p/p. I would have liked to have gone but there was limited time On reflection I doubt they saw more than we saw from the plane later.

It was time to get on the speed boat to see the Horizontal Falls in action. There are two gaps that create the effect – wider outer gap and a narrower inner one, It is only safe for boats to go through when the difference in height is 1 metre (the highest tidal difference is 10 metres and the water depth is 40 metres). 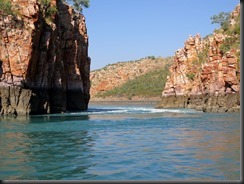 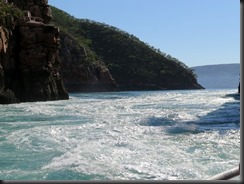 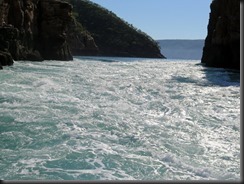 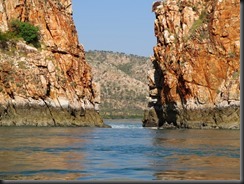 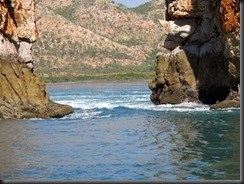 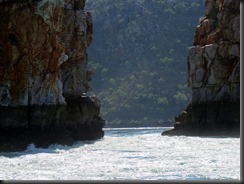 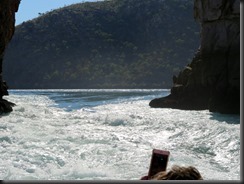 Going through the gaps when the tide is running is like riding over rocks; very bumpy.

After going through the gaps several times and driving through the turbulence the boat then went back past the pontoons/houseboat to Cyclone Creek. The creek is so named because it provides safe harbour for boats during cyclones. It is very beautiful and full of signs of geologic contortion. 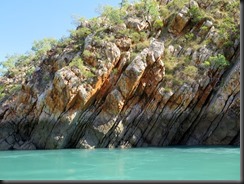 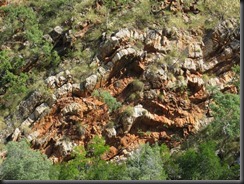 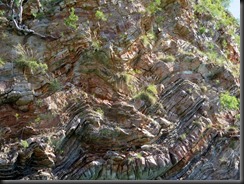 Back onto our plane for a half hour flight to One Arm Bay for lunch – this landing was not on water but on a dirt airstrip. On the way flew low over the Horizontal Falls. 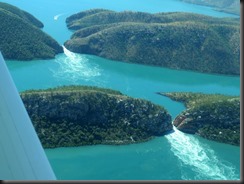 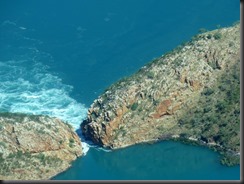 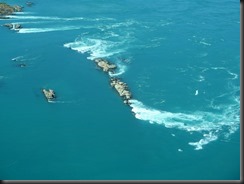 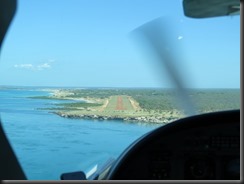 There was a short visit to a fish hatchery which was entertaining. It was originally a place for breeding Trochus shells for buttons until plastic put them out of business. 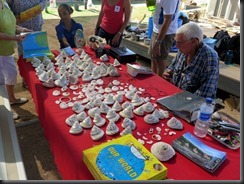 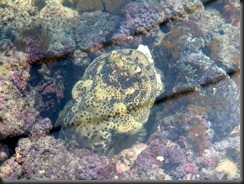 Lunch was Barramundi at Cape Leveque which was pleasant enough. Afterwards the truck drove down to the beach for people to swim, The scenery is interesting with low, red rocky cliffs on a golden beach (I didn’t go swimming – remember I don’t even like sand). 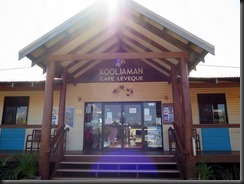 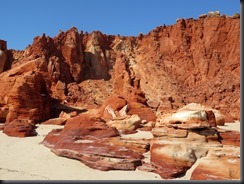 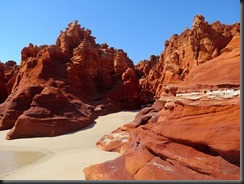 Then heading home along the dirt road to Broome we called in to Bingle Bay community for afternoon tea and a visit to the pearl church built by interned German missionaries during the war. 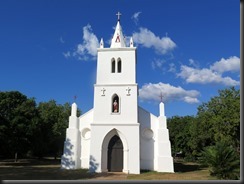 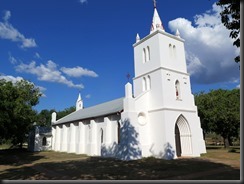 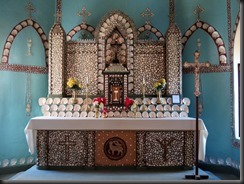 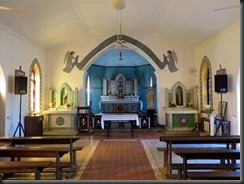 I was dropped off at my caravan park just before 5pm so I had time to dismantle my gazebo for tomorrow’s move, have a cup of tea, a shower and finally a beer just as the sun went down. It was a very good day.