Had a change of heart and decided to stay in Katherine for an extra day so I did some laundry then rolled up at the office when it opened to pay for the extra day and buy a bag of ice.

Almost immediately took off to go to the Katherine School of the Air which I had passed on the way to the caravan park. Annoyingly it took me ages to find it because the sign faced the town and there was no sign facing the other way.

It was very interesting it is claimed to be the largest classroom in the world because it covers the northern part of the NT from Tennant Creek to Darwin (Alice Springs serves the southern half of the territory). While I was there a teacher gave the pre-schoolers their lesson. Each child has to have a governess (govi) to supervise their study, sometimes it is an employee sometimes the child’s mother. It is a really good education system and the results exceed those of the rest of the system. 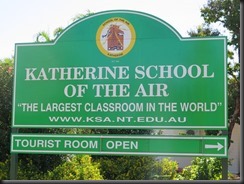 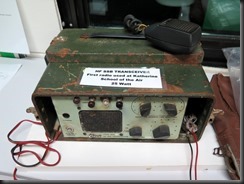 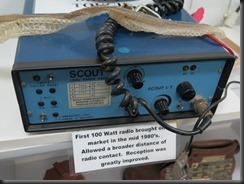 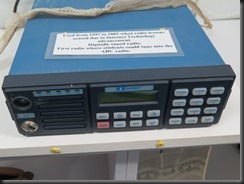 They still had the original short wave radios that they used until they got the satellite. Now the children can see their teacher and each other, though the video is under the control of the teacher.

Following that I went to the Katherine Museum which was moderately interesting with information about the growth of Katherine (basically started with the Telegraph Station at Knotts Crossing but expanded massively during WWII), the development of transport, railway and a whole room devoted to the flying doctor – not the RFDS but a local doctor who flew his own plane to treat people in remote areas. He sounded like one of these disastrous adventurers who was a danger to themselves and everyone around them but he was obviously well respected (he crashed at least four planes). 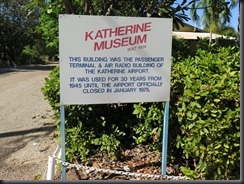 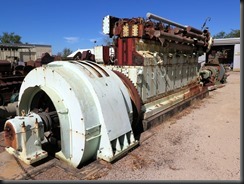 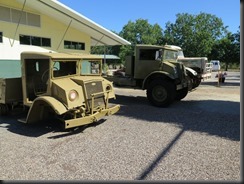 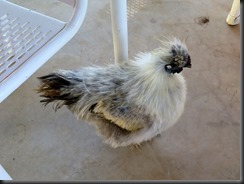 After lunch went to Knotts Crossing where there is a weir and shallow crossing across the Katherine River used before the low level bridge was built. It was also the original site of the settlement. 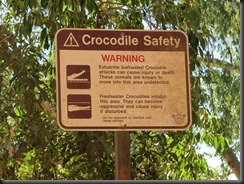 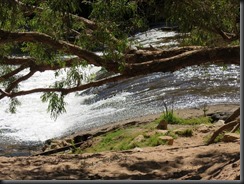 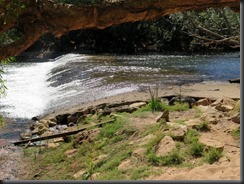 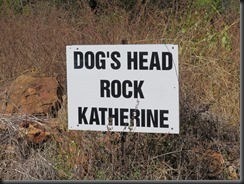 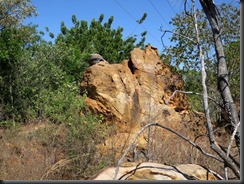