At 8am I was at the Undara Lodge buying ice having all ready packed up to leave, by quarter past I was on the road. The road has improved a lot since I was last on it over 5 years ago then it was mostly single lane whereas now is is mostly two lanes with probably less that 10 km of single lane road.

There were very few parking areas on the road other than trucks bays adjacent to the road. The rare parking areas seemed crowded so I didn’t stop, even the roadhouses were a detour off the main road so I just kept going.

Because of this I arrived at the caravan park just before 1pm, checked in and found my site. The lady in the office gave me a map of the town and pointed out the Tourist Information Office and Towers Hill which she said should not be missed.

There was also some shopping I had to do so once settled in I was off first to the tourist office to get a self guided walk of the town centre most of which I saw while I parked and had a quick look round. 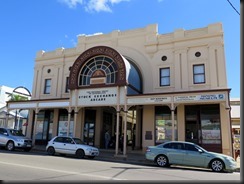 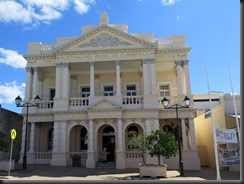 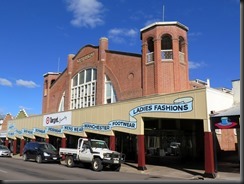 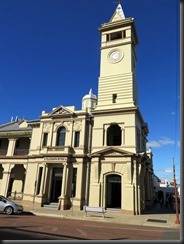 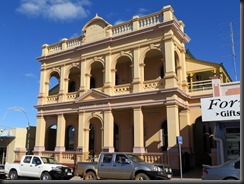 I then drove to the Towers Hill which over looks the town. Not only is it a lookout it also has a lot of historical significance it is where gold was first discovered which lead to the town becoming one of the richest in the country even having its own stock market. This wealth is reflected in some of its old buildings seen above. 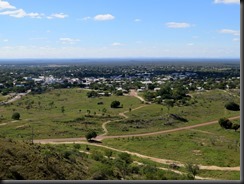 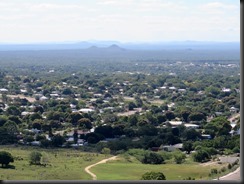 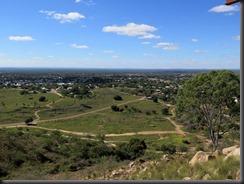 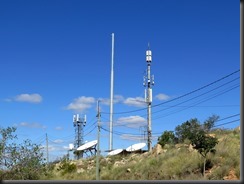 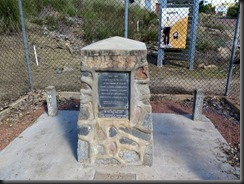 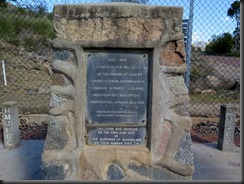 During WWII Charters Towers was the base for US and Australian bombers taking part in the Battle of the Coral Sea just off nearby Townsville. The flight path for the heavily laden bombers taking off was over Towers Hill which necessitated the demolition of the tall chimney of the Pyrites Works on the hill. The rubble is still there, as are many bunkers used to store armaments. 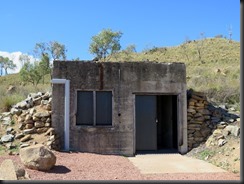 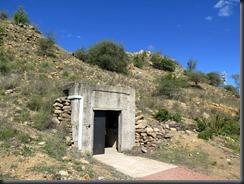 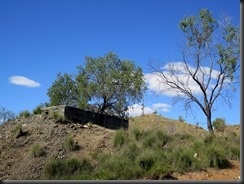 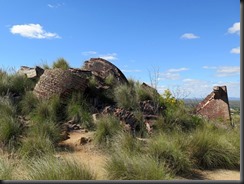 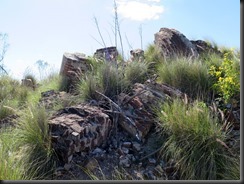 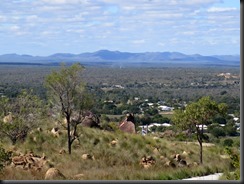 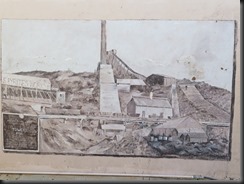