Set off early;  before 8am – hardly any packing up required because I left the camper coupled up last night so there was only the mat and power cord to put away.

Within minutes I was back in NSW. 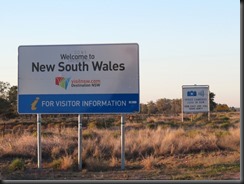 Filled up with fuel at Walgett and only made a couple of rest stops because I want to get as far south as was possible.  One rest stop commemorated John Qxley’s 1818 expedition. 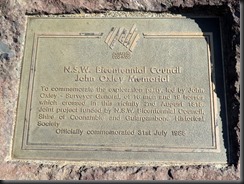 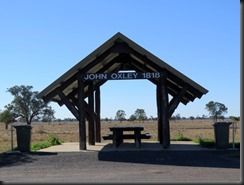 Originally I aimed to reach Dunedoo but made good progress and in the end settled on Gulgong an extra 65km toward home. I should be home tomorrow as I have less than 400km to cover (though admittedly through what will probably be the worst traffic of the trip).

Poor Gulgong is quite a nice little town but since the town was dropped from the ten dollar note I think it has suffered a bit. The Town that Used to be on the Ten Dollar Note doesn’t have the same ring to it as The Town on the Ten Dollar Note. The only caravan park in town has a slightly run down feel to it (though the owners are friendly)

I had a look around town, it hasn’t changed much since I was last here – some shops have closed while new ones have opened, the Gulgong Opera House is still entertaining the locals but you can stand in the middle of the street with little fear of being run over. 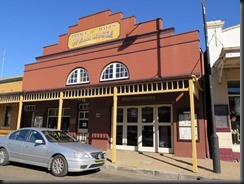 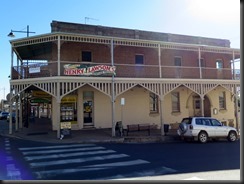 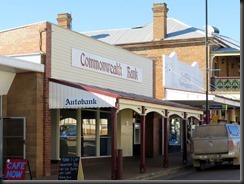 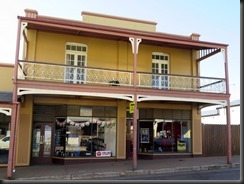 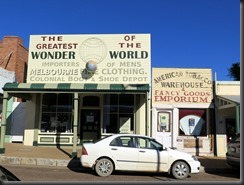 After wandering about the main streets I had a nice coffee and muffin in one coffee bar before filling up with fuel again ready for tomorrow.

When I returned to the caravan park at 4pm it was already feeling quite cool and I needed a jacket.

What Gulgong does have is an Indian and a Thai restaurant so I was spoilt for choice. In the event I went for Indian, resisted a Vindaloo and tried Shahi Korma Beef. The restaurant was nicely appointed and warm so I ate in – the meal was very nice indeed.

BTW I might be wrong about the local economy after eating I drove past several pubs which were surrounded by vehicles and seemed to be doing good trade.