I am now home – arrived here on the early afternoon of Thursday 22nd June 2017. Two nights travelling through NSW didn’t appeal to me – fine during the night but too cold in the morning.

Naturally when I got home both the car and the camper were covered in red dust but a concentrated day of cleaning have fixed that. There are a few minor things I would like to change in the camper which I will show later.

I picked out those particular visits as highlights but in truth everyday was wonderful. Just driving through the Australian bush is an experience in itself the scenery is so varied it is just never boring.

I always stayed in caravan parks though I was prepared to free camp but never needed to. The parks themselves were a source of interest, usually I arrived early afternoon, parked and set myself up within 15 minutes, then I would go to the tourist place and/or with information from the park office explore the local area.

The parks varied in age and quality, some had very modern bathrooms etc, some had grass or concrete sites others were gravel or dirt but I can’t say that I would avoid any that I stayed at in the future (including the roadhouses), they were all satisfactory to me.

The different rigs people had were a revelation, some I wondered why they bothered leaving home their setup was so sophisticated though I suspect the van was actually their only home, others were pretty basic – my camper is definitely the latter. It was interesting watching them set up; some seemed to take an age others maybe 20 minutes I don’t think any were as quick or as easy as mine. I must admit I wasn’t impressed with most trailer campers they were very long winded to set up and take down, needed two people  and it was just living in a tent with a good kitchen.

To be fair everything had some disadvantage (including mine). For example I think (and this is just my opinion) the mobile homes and some of the roof top campers were the least convenient as they had to pack every thing up just to go to the shops, some mobile homes towed a small car behind them but I feel that if you do that you might as well buy a decent car and tow a caravan – it would probably be more economical and have better accommodation.

My favourite was a small caravan thing that fitted on a ute tray but had electric jacks so it was an easy matter to load and unload everyday if necessary it had the advantage of not towing but you had a simple vehicle for trips leaving the accommodation behind.

The main advantage of this camper for me was the total lack of any set up needed other than unhitching and even that wasn’t strictly necessary, the most arduous task was putting up the TV aerial or the gazebo.

Taking the gazebo was great I could put it up by myself in about 10 minutes but it was not always necessary and whether it went up depended on the length of stay and the shade available, often the one wall that I had was a boon providing shade from the late afternoon sun.  I never put it up for a single night’s stay and usually took it down the evening before moving on.

The Esky was the bane of my life I must have spent $300+ buying ice nearly every day just to keep $40 worth of milk cool. For my next trip I will have a suitable 12/240v fridge. The only damage to the camper on the trip was a minor breakage caused by the Esky.

The camper does need some wet weather ventilation (think of how a car steams up on a cool night with all the windows closed). It was not really an issue on this trip as there were only a couple of wet nights (in SA). Normally I slept with the glass part of the door open and just the security screen/fly wire in place but in wet weather this would not be possible so with the roof fan running there is nowhere for air to enter. I thought about putting an external vent in the side of the camper but dust ingress could be a a problem so I am going to try drilling suitable holes between the kitchen and the cabin so that in wet weather it would be possible to keep the rear hatch slightly ajar by not fully closing the catches (see pic below). 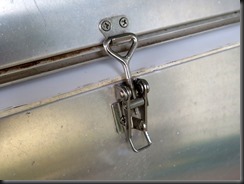 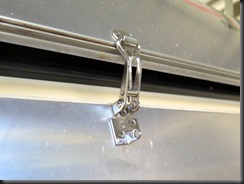 I have worked on some of these problems already. The ventilation was the first and it involved drilling holes between the kitchen and the cabin. I covered the holes with fly wire, a louvre and cabinet vents. 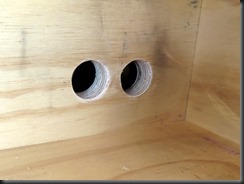 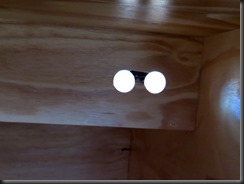 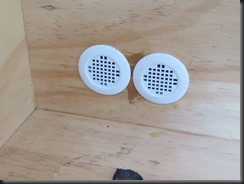 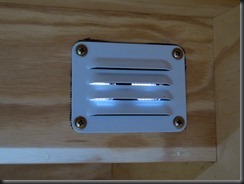 The electrical was easier – just a matter of adding an external waterproof power point. 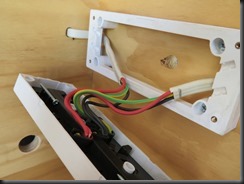 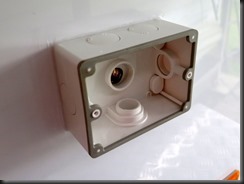 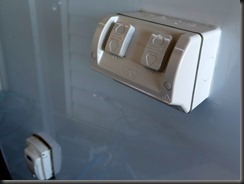 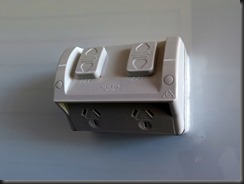 Where to next I wonder?