Did my washing this morning so that I have enough clean clothes to get me home. Didn’t leave the park until after 9am but it didn’t matter we were only going to Goondiwindi which is only about 100km away.

First stop was Texas Rabbit Works. Now a museum but for a very long time, until myxomatosis wiped out their business, it was a thriving industry from the 1930’s until it closed in 1992. It provided rabbit meat, pelts and fur for hats. There was a video showing the whole process of making an Akubra hat. BTW Akubra now have to import rabbit fur.

Still had the cooling rooms with massive pipes carrying the ammonia coolant, the steam engine and the cooling compressors. It was well worth the visit and cheap at $7. 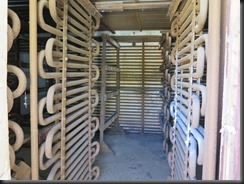 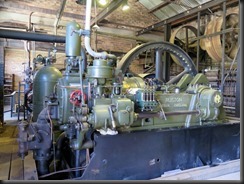 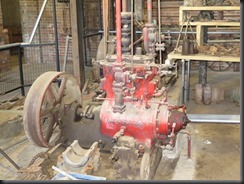 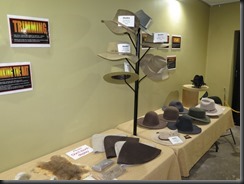 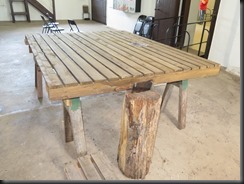 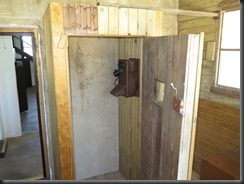 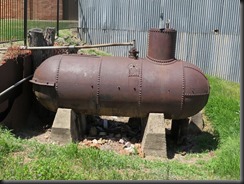 BTW I have absolutely no idea what sort of boiler that was, too much is missing.

The journey to Goondiwindi was along minor roads shadowing the border with NSW. They were in good condition and made the Gwydir Hwy look like a goat track.

Arrived at a suitable caravan park at about midday and booked in. I had wondered whether it being a Saturday would cause problems but even late afternoon the park is largely empty, about a dozen vans and tents. 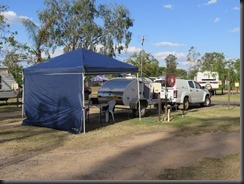 Set up quickly and went into town to look around. First stop was Gunsynd’s Memorial on the banks of the Macintyre River. 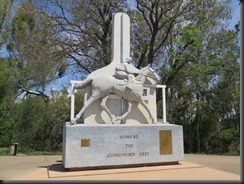 Nearby was the Tree of Knowledge, not the Labor party version but a tree where he locals came to view the possibility of flooding which happened regularly before the 1956 levee was built however the levee has been over topped a few times since. 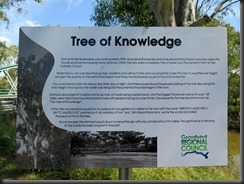 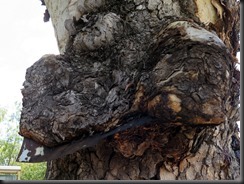 Drove into NSW across the ‘historic’ bridge (the river is the border) past the old Customs House from the days when NSW and Queensland were separate colonies. 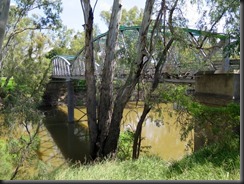 BTW there is an election on both sides of the bridge; the Queensland State election has been called while on the other side Barnaby Joyce’s New England byelection is happening.

Bought a 6 pack to top up my depleted beer supply then drove and walked around the town checking out the landmarks and weighing up the options for tonight’s meal. Two Chinese or a Thai restaurants are currently favourite.

After a shower ventured back to town for food. Decided to try the Chinese Malaysian restauant Bao Bao. It was very good and reasonably priced; $46 for the two of us – main meals, desert, tea and a beer.